We all download music here; I’ve been trying to cut back these days, but can’t deny that it still happens occasionally. With it comes a feeling of guilt and a realization that I’m screwing over the artist—which is why it feels good when an artist gives you the okay to do it. Here to stave off the winter doldrums are 10 fantastic records, in no particular order, that you can download right now, legally, for free. Keep in mind that many of these records will have links to donate money to the bands, and if you fall in love with any of these, you should do so.

You should really be downloading all five of Bomb the Music Industry!’s full-length records. And their two split EPs. And ringleader Jeff Rosenstock’s solo album. Really, you should just download everything Rosenstock has been involved with, but I’m already giving you ten albums here and that’s overwhelming enough. Better to narrow it down, then, and just recommend his now-defunct band’s last, best album, Vacation. The record feels like the culmination of everything Rosenstock and Co. had been trying to do up to that point. It’s their most consistent and memorable album, with songs that are furious, heartbreaking, and —eventually—optimistic. It was a great record from the outset, but as a departing note from the note, it’s near-perfect.

Chiptune music has a tendency to be really gimmicky, playing more on the nostalgic feelings evoked by old videogame music than actual songwriting chops. Crying are not this kind of band. In fact, I already regret lumping them in with chiptune in the first place. Their debut EP, Get Olde, contains seven of the catchiest pop-punk tunes you’ve ever heard, and uses NES sounds—not as the main event, but as just another musical element for the standard instruments to interact with. It’s all pulled together by the lyrics of vocalist Elaiza Santos, which are emotional, funny, and modest in a way that is immediately relatable to any twenty-something trying to eke out an existence in a world that is progressively more stacked against us.

If you’ve got any finger on the pulse of modern hip-hop, you know Chance by now. Despite playing some of the world’s biggest festivals like Bonnaroo and Lollapalooza, as well as being the recipient of Chicago’s “Outstanding Youth of the Year” award, he’s never actually released a proper full-length album. This is to our benefit, since it means both of his mixtapes are readily available for download, and you’d do well to do so. Chance’s flow on Acid Rap is unlike any other—equal parts ODB, Wyclef Jean and Kanye West, with lyrics that contain a positivity and wisdom that belies his mere 21 (!) years—and the beats supporting him are as soulful as a James Brown record. The inherent messiness of mixtapes really works for his all-over-the-place personality, and he peppers in enough musical tics throughout to give it a cohesion usually lacking in the format. Chance probably has better, more accomplished albums to come, but he’ll never sound as excitable as he is here.

The early 2000s did a real number on emo’s credibility, with the term becoming a stand-in for the juvenile, melodramatic over-emoting of bands in the public eye at the time like My Chemical Romance and Fallout Boy. A lot of the people who used “emo” as a derogatory term didn’t realize that the genre’s history stretches back to a bunch of late ’80s/early ’90s punk bands who merely favoured the emotional over the political and dual guitar interplay over raw aggression. Snowing harks back to the glory days of what is now commonly referred to as “Midwest Emo”, but don’t take this to mean that they’re regressive. Their music hangs with the likes of Cap’n Jazz, Sunny Day Real Estate, and Rites of Spring, but with a leanness that is decidedly modern. Nowhere is this more immediate than their debut EP Fuck Your Emotional Bullshit, which posits that the only way to get out of existential angst is to pump your fist and scream until your throat cracks.

5. Laura Stevenson and the Cans – A Record

Laura Stevenson isn’t quite a household name yet, but she’s getting there—she’s been steadily gaining popularity over the past couple years, championed by Pitchfork, showing up at the top of annual critic lists with her first two albums Sit Resist and Wheel, and going on her first full-band headlining tour a couple years ago. Her beginnings are in this humble little 8-song record, which introduced the world to her tear-inducing combination of powerful vocals and raw, heartbreaking lyrics. Admittedly, her full-lengths are both better than this—more thematically resonant, confident, dynamic—but there’s a personal quality here, buoyed by its lo-fi production value, that is nonetheless endearing. It’s like having a wood sprite whisper secrets into your ears while you’re comfortably ensconced in a pillow fort of your own creation. That, coupled with a few highlights that are still in rotation during Stevenson’s recent live shows, makes A Record worth adding to your collection.

6. ROAR – I Can’t Handle Change and I’m Not Here To Make Friends

Yes, this is technically two albums, but they’re both really short and when put together form a pretty cohesive two-side record. ROAR are the kind of band that are so damn good that it actually makes you mad that more people don’t know about them—or should I say “him”, since one guy, Owen Evans, wrote all the songs and played most of the instruments. ROAR’s sound is perhaps best signified by the prominence of Phil and Ronnie Spector on the artwork of I Can’t Handle Change—sunny throwback pop music with an undercurrent of crippling anxiety and depression. This is some of the most well-arranged music I’ve ever heard, and I want more of it, so please listen.

Speaking of one-person bands, here’s Cold Electrics, the brainchild of Sean Eldon. I’ve been trying to think of a way to describe this band for years. It’s some kind of prog-punk thing, I guess, sort of like RX Bandits if every member was cripplingly addicted to cocaine. There are all kinds of weird custom-made instruments being used here, time signatures get flipped constantly, the lyrics are hallucinatory ramblings that describe various methods of debauchery, and every song is introduced by a sample of Jeffrey Tambor from The Larry Sanders Show. It’s weird, man. 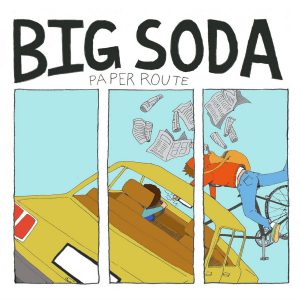 This EP is a testament to hooks. There’s honestly nothing particularly interesting about Big Soda—they just know how to write some damn good punk songs. Good-natured, super-catchy tunes that are snotty, raw, and anthemic. They came and went quickly, but they left us six great songs, which is more than most bands can say. 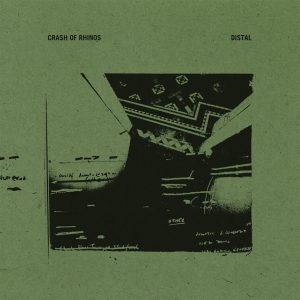 A heady brew of post-punk, emo, and math rock; this band sounds BIG, with thick drums, two bassists, and gang vocals at every turn. They gained a bit of underground cred with their second record Knots (also available for free, I should add), but I’ve always been more partial to this first one. This is the album you play when you have the sort of transcendentally shitty day that makes you realize how amazing it is to be alive.

There’s something about It’s a King Thing that just feels wistful. The laidback ’90s power-pop sound, the simple song structures, the lyrics that focus heavily on romantic relationships—it’s all very adolescent, but in a way that feels more honest than most. It’s not about angst or rebellion or even so much as discomfort. It’s the curious, relaxed feel of suburban adolescence in the springtime —it’s hiding behind trees as you follow your crush home from school, bagged lunch in hand, knowing that the end of the year is nigh. There’s anticipation here, and disappointment, and laziness, but it’s all shrugged off like a true slacker. Think of a more grounded, folky Real Estate and you’ve got the right idea.