I promise that your parents didn’t sponsor this piece. We all remember learning about the dangers of sexually transmitted infections — heck, it’s still frightening. Wake up with a blister in the wrong area and maybe you’re questioning last night’s rendezvous.

But behind the awkward parental sit-downs and those riveting informational videos shown in health class, was genuine logic behind the scares of STIs. You don’t need to do the nasty to contract these nasty STIs. New research points to easy ways of contracting one. This time, you might actually want to pay attention.

When, where and how an STI can be contracted:

During a bikini wax

Ah, the dreaded bikini wax. Well, in addition to it being painful, you’re actually at risk of getting a sexually transmitted infection. That’s why it’s crucial for you to scout out places that have been publically rated to ensure that they adhere to safe practice. It doesn’t hurt to keep an eye on the aesthetician either. If you saw her (or him) double dip the application stick, make sure you let them know before they put that on your privates. 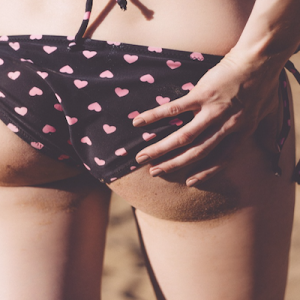 Additionally, research shows that the action of removing pubic hair causes deficits in the skin’s membrane, which makes it easier for bacteria to enter the body.

Getting a tattoo or piercing 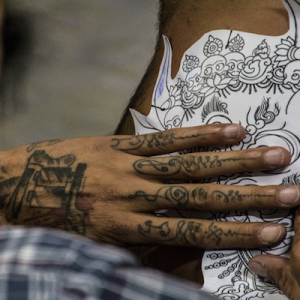 Similar to the wax situation. Unsterile or second-hand needles can greatly increase your chances of an STI. Do your homework and don’t impulsively get a tattoo unless you’re sure of the parlour’s reputation. Needles can become carriers of Hepatitis B, C, and HIV. 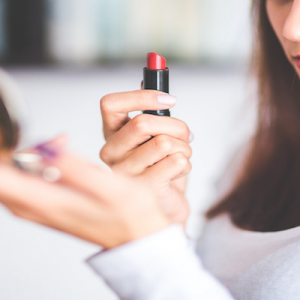 There’s a reason that you should never “share” makeup. In addition to it being unhygienic, it’s a potential invitation for STIs. There are two types of herpes: oral and genital. Both can be spread by direct contact. Sharing the lip balm of someone who has used it near his or her infected area can orally spread it to you. 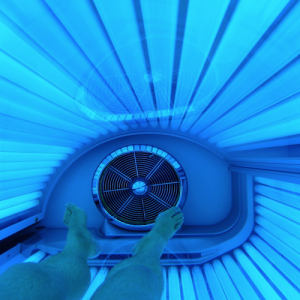 You might think that the ultraviolet lights in tanning beds are strong enough to kill off bacteria, but they aren’t. In fact, due to the prolonged exposure to various bacteria, it develops a resistance to ultraviolet light. So before you decide to soak up some rays, remember that Staphylococcus bacteria, faecal bacteria, human papillomavirus (HPV) and the herpes virus can be spread through the use of tanning beds.