Trame Therapy is a natural, vibrational way to alleviate anxiety

Imagine waking up, and immediately wanting to go back to sleep. You’re so tired already and the day hasn’t even begun. You’re tired because you think of all the things that have to be done today, and you don’t know how you will complete your to-do list in so little time. This is just normal worrying, you think, as you drag your heavy body out of bed. An hour goes by and even though you’ve had your morning coffee you’re still worrying about the day ahead. You get dressed, but only glimpse in the mirror for a second. You look back, but this time a little bit longer. You judge yourself. But It’s okay, you think. Everyone feels this way. 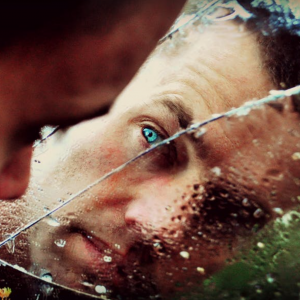 There is, however, a difference between a normal worrier, and someone suffering from anxiety. It’s normal to feel anxious about some things in life, but if you’re feeling anxious right from the get-go everyday, you need to calculate which category you fall under.

General worriers spend an average of 55 minutes per day worrying, while people with generalized anxiety disorder (GAD) spend 300 minutes (over 5 times as much) per day. GAD usually goes hand-in-hand with depression, physical and emotional issues.

According to Numa Wellbeing, an organization that helps people live an “inspired life with vitality, joy, and self-expression,” the following are contributors to draining us of our naturally joyful state: divorce, personal loss, unwelcomed diagnosis, chronic or acute pain, career or financial challenges, emotional difficulty, focus or concentration issues, relationship drama and childhood trauma.

According to the Anxiety and Depression Association of America (ADAA), 40 million Americans are affected by anxiety. Also, one-in-four Canadians have an anxiety disorder once in their lifetime. Twelve per cent of Canadians have anxiety in any given year.

The way out of living a life dominated by anxiety and its family members (depression, etc.) is ironically the way in. Murielle Bollen, intuitive healer, and author of “Tasting Life Around the World”, believes emotional and spiritual healing happens from the inside-out. A variety of treatment options include talk therapy, coping strategies, and medication. However, Murielle, being someone who has had her time struggling with anxiety ever since her cancer diagnoses in 2011, recommends and advocates for this natural treatment: Trame Vibrational Therapy. Her new book, “The Taste of Becoming Me”, explains how trame has helped her finally discover her true-self.

The origin of trame therapy according to thetasteoflife.ca dates back to 1990. French physicist Patrick Burensteinas studied the relationship between energy and materials, man and the universe, and invented a unique vibrational therapy. Burensteinas has practiced and perfected this therapy for over 15 years on over 20,000 patients.

It is believed that stories, stress and experiences are stored in our bodies and have the ability to change our frequency. This blockage leads to lack of energy, confusion, depression and anxiety. Trame therapy supposedly removes these blocks using “hands-on Vibrational Therapy that works in a holistic manner”, allowing the body to find its way back to its original and unique vibration. Murielle gives us a picture to help better understand how trame works. 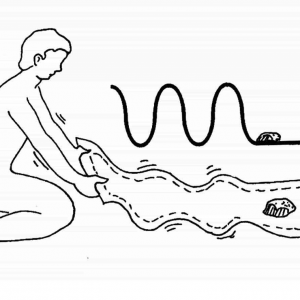 “Imagine a carpet, if we shake it from one end, we would create a wave to run through it. If stones accumulate on the carpet, it disturbs the fluidity of the wave. However, if we continue to shake it, the stones will be removed. The objective of Trame is to remove these “stones”, these crystallized emotions from the body so that energy and information can flow freely again.”

Benefits of trame therapy are: 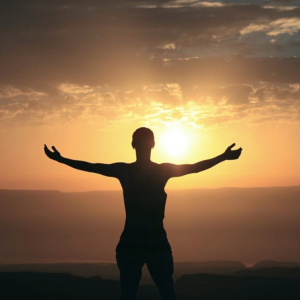 Murielle was diagnosed with breast cancer on March 27, 2011. She calls her diagnosis a catalyst that propelled her on this journey, which has led her to tasting life to be so full and free. In 2013, Murielle became a trame therapy case study for practitioner and certified professional cancer coach, Marise Foster. She is also the founder of Numa Wellbeing. “I was amazed at what trame did for my anxiety, and my whole being,” says Murielle. “The world opened up again, and I could feel myself becoming stronger.”

Foster says she has helped hundreds of people feel lighter and more vibrant using trame. According to her statistics (benuma.com), her clients have a very successful turn-out rate. 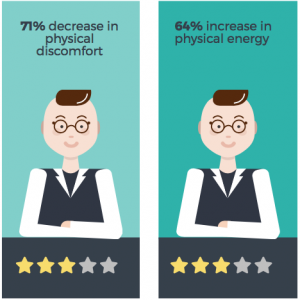 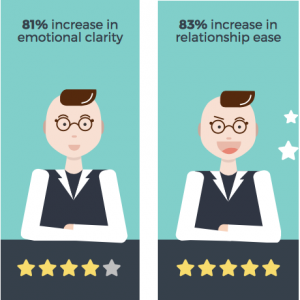 “I went through some stressful events and it was probably due to Trame that I was able to deal with the stress and make decisions that were supportive of me.  I have worked with other healers. Trame feels more encompassing and lasting in physical and emotional areas.  My joints are really improved. Many of the problems have ceased to exist.” -PC, Pennsylvania

Murielle has experienced the benefits of trame as a receiver, and now as a giver. She has been a licensed trame practitioner since last year, accredited by The Canadian Association of La Trame. Her newest book, “The Taste of Becoming Me” , was written as her way of letting you into her heart. Anxiety surely can make you struggle with letting people in and Murielle, being someone who has experienced anxiety, shows that the effects of trame are truly remarkable, especially by writing a book that lets you see her soul.  She hopes her book will encourage people to look at life differently, to change their stories which not only help them deal with anxiety, but will truly open up their life. She hopes it will encourage them to experience the power of trame therapy.