Human beings have been having sex since the dawn of time, but it’s still an occasion worth dressing up for. At least, that’s what sex toy company Lelo thinks. This month they launched “TUX™,” a miniature tuxedo that’s meant to be worn on the penis.

The tux is made of satin weave, and features a white placket, black bowtie, and tiny artificial red rose. At $30, it’s one of the cheapest items in the Lelo catalogue. To keep it from slipping off, it has a stretchy band that slides around the back of the “male undercarriage.” Though Lelo’s website describes the tux as “one-size-fits-all,” it measures five inches long, meaning that penises shorter than that will appear headless while wearing this suit. That’s certainly one way to make an impression.

This month sex toy company Lelo launched “TUX™,” a miniature tuxedo that’s meant to be worn on the penis. 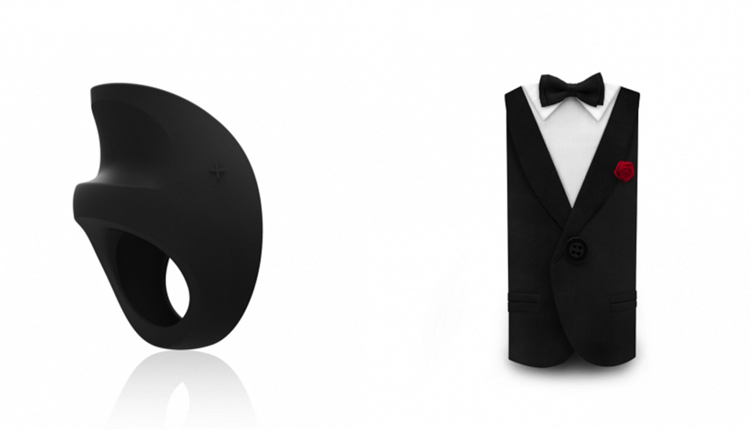 Sex toy blogger Lilly, of DangerousLilly.com, considered the product’s washing instructions the weirdest thing about it. “A dry-clean-only dick tux? Is this a joke? This has to be a joke,” she said in an email. One wonders what a dry cleaners’ employee would say if a customer brought in a piece of penile finery to be washed.

This tux follows in a line of progressively odder product releases from Lelo over the past few years. In late 2014 they released Pino, a vibrating cock ring marketed specifically toward male bankers. The ring comes packaged with a set of cufflinks and a money clip with the slogan “Always Be Closing” engraved on it. “In the male-dominated, testosterone-drenched context of banking, [sex is] an obsession,” the company’s press release about Pino’s launch said. “Bankers are both proud of their sex lives but also want to make sure they’re doing it right. Pino is kind of an external consultant in that respect.”

In any case, the Lelo Tux might be a worthwhile buy if you’ve ever dreamed of adorning your dick in formalwear… which, let’s face it, you probably haven’t.