There is a largely untapped symbiotic relationship that can exist between youth and the elderly—most fail to see across the cultural and social chasm that separates the two worlds by means of a few decades. Yet research suggests that should this gap be closed, the benefits can be far reaching.

Judson Manor, a retirement home in Cleveland, Ohio, has hosted a program for a number of years that seems increasingly relevant to the needs of students drowning in debt, and the vastly ostracized elderly population. The program was launched in 2010 with only two students. 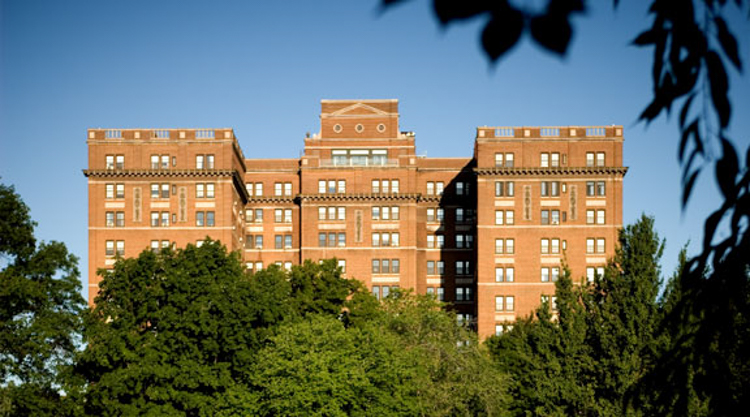 In short, the program allows students to live in the unoccupied rooms of the retirement home, in exchange for little else than their company and social support. There are 120 elderly living in Judson Manor, which means plenty of room for intergenerational socializing. Every student contributes in their own unique way.

According to the Smithsonian, a number of music students, like Tiffany Tieu, who’s studying for a master’s degree at the Cleveland Institute of Music, are allowed residency in exchange for playing solo recitals and concerts to the elderly guests. Most students follow this pattern and lead initiatives that correspond to their degrees. But more importantly, they simply spend time with the elderly and develop meaningful relationships. This is important, and as the National Institute on Aging contends, “social relationships are consistently associated with biomarkers of health.”

Another program in Deventer, Netherlands, realizes this and requires students to dedicate 30 hours a month to their elderly counterparts.

Though more research will be necessary to draw a hard line under the assertion that the elderly experience vast mental and physical benefits from spending time with youth, there are a number of interesting experiments that come to mind. In one case, biologist, Chun-Fang Wu, and graduate student, Hongyu Ruan, conducted an experiment with fruit flies, where the life span of older flies with a mutation in Sod1—a gene associated with Alzheimer’s disease in humans—doubled when they were allowed to live out the rest of their lives in close proximity to younger flies.

Of course there’s a huge difference between the elderly and fruit flies, but others have validated the notion that spending time with young folk can extend one’s life while improving its quality. Psychiatrist Sharon Akrin of the University of Arizona, has conducted programs which demonstrate that Alzheimer’s patients’ interaction with youth (college students) “stabilizes cognitive decline and improves patients’ moods,” according to Scientific American. And as 4elders.org claims, “The excitement of seeing the world through younger eyes can get older adults ‘up and doing,’ reducing depression, relieving boredom and improving health.”

On the opposite end of the spectrum, students are struggling with debt and living costs—a reality that I’m sure no one would need a scientific study to validate.

Though the staff at Judson Manor is not officially monitoring the mental and physical effects of the program, the day-to-day reality speaks to a powerful and explicit success story. The residents, at least so far as the staff can tell, are gaining valuable benefits from the program—and the students are too.