This little mountain town is a close community of modern day cowboys, hippies and farmers.

Recently my parents decided to move away from all that they know, abandon their city lifestyle and head for the calling mountains. While it’s been an adjustment for everyone, more strikingly it’s been a huge learning experience, one that’s forced me to look at small towns, alternative living and food in an entirely new light.

I recently asked my mom about the impact of a traumatic life event they had undergone, which forced them to re-evaluate the framework they had built for themselves. “We began to ask some really deep questions about why we had been working so hard for so little, and what we really wanted out of this life,” she told me.

This would eventually lend itself to the realization of their dream, and their decision to buy property in the small town of Lillooet, BC, where they now reside.

“It’s this quirkiness that makes Lillooet and its people so redeeming, and what gives the small town its edge. The town is small, but complex.” 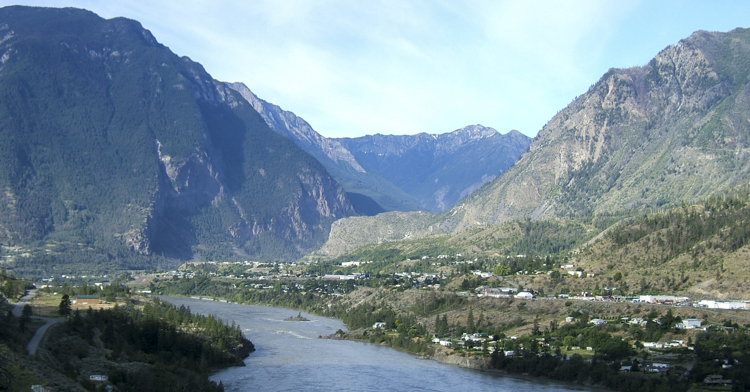 Despite having fears and restraints, moving to Lillooet was more than just a reaction to what life had dealt them. Circumstance might have been the catalyst for this lifestyle change, but they did not move forward blindly or without intention.

Right now their goal is to create a back to the earth, holistic lifestyle. It’s being done on limited resources, but they plan to start what they call “The Little Town Farm”, which includes a one-acre garden with chickens, vegetables and bees. The town’s bakery shut down three years ago, and in response to this growing need for new business, they’re also currently in the process of opening an artisan bakery so that they can support their lifestyle, while at the same time become active participants in the community.

The locals love this part, and sometimes even stop them around town to say thank you for bringing life—and bread—back to Lillooet.

For shelter they’re using their own hands to renovate a 1953 travel trailer into what they call a “modern mountain home.” There will be a structure built around it, and in true Vancouver fashion, it’s inspired by post-modern architecture, but has the quirky personality of some of the older homes in the area.

It’s this quirkiness that makes Lillooet and its people so redeeming, and what gives the small town its edge. The town is small, but complex.

Within its combined municipal and outskirt population of 5,000 people, Lillooet is first and foremost home to the people of the Lil’wat First Nation, who despite being marginalized from the land, have never surrendered its rights to any government. Their resiliency, and perpetuating connection to the land, is what makes Lillooet so beautiful. For those like myself, the landscape is what draws many to the area.

Alongside its First Nations community you’ll find modern-day cowboys old and young, hippies, BC hydro workers, farmers—even some living off the grid in what’s called the Yalakom Valley. All in all it’s a meeting place for mountain-dwellers and lovers of the land alike, where vast, resounding scenery meets the intricacies of tight-knit diversity. 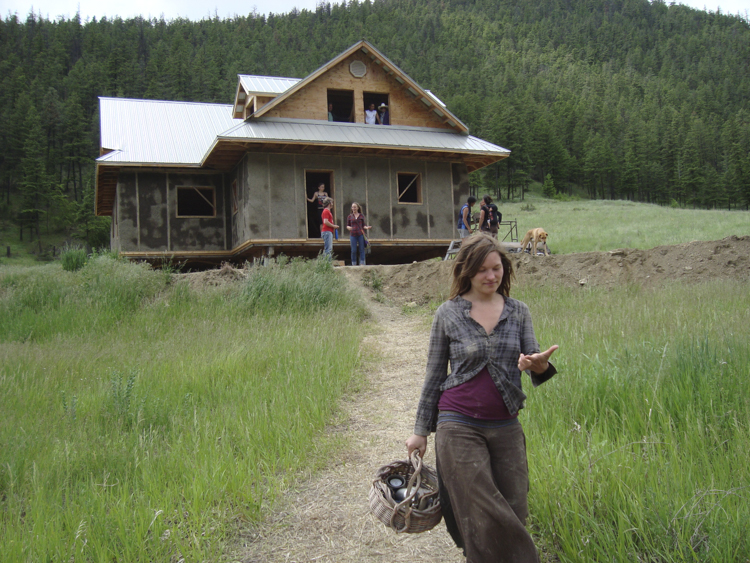 That being said, this was not my first impression of Lillooet. At first glance I didn’t see more than a town clouded by the dust off the highway, however stunning its scenery might have been. In fact, I didn’t really understand why anyone would want to live there at all. It didn’t seem like a place where much was moving—or shaking.

But I was wrong. There is a lot of movement happening in Lillooet, and particularly when it comes to food. In fact, just recently I stumbled upon a local group of young farmers on Facebook called “Fluster Cluck”, or alternatively, “Rainshadow Growers Collective.”

“Lillooet once was a major food producing hub for Canada, and then that sort of dropped off with the increase in agricultural globalization and imports of cheap produce from the U.S. and Mexico,” Christoph Miles tells me. Miles is a FlusterCluck grower who moved to Lillooet three years ago, where he began farming.

But with our growing need for locally produced food, and the skyrocketed price of city living, it’s no wonder farmers such as Miles have started to congregate elsewhere. In fact, we need them to—if not for our planet, then for our wallets.

“Anyone who’s looked at the price of vegetables, such as cauliflower, can see that importing our produce from California isn’t really a long term viable proposition,” he points out.

According to Miles, Lillooet’s farming community has acquired much more momentum recently, and their group is essentially an online food hub where restaurants and families can do a “one-stop-shop” from farms in the area.

FlusterCluck is a Lillooet local farming group that essentially is an online food hub where restaurants and families can do a “one-stop-shop” from farms in the area.

Their aim is to be the least aggregated as possible, meaning it’s less about the marketing and distribution of the products, and more about the farming of them.

In terms of growing practices, Miles calls his principles organic, “but the spirit of that goes beyond. I’m trying to really create a natural, regenerative system of farming that allows soil life to thrive. I let a lot of weeds grow, the farm looks like a jungle compared to most, but everything thrives, all with very low input costs,” he elaborates.

All of this seems like a lot of hard work, and it is. There’s a certain amount of self-reliance involved with local farming, but there’s also a huge community aspect. In a lot of ways, you get what you give.

In light of this, Miles makes the point that he’s “not really into the ‘poor farmer martyr’ type persona of working oneself into the ground. During the summer growing season, we work hard, get up early to beat the heat, but then usually take a few hours for siesta lunchtime in the afternoon.”

“During the summer growing season, we work hard, get up early to beat the heat, but then usually take a few hours for siesta lunchtime in the afternoon.”

Siesta. I can’t help but find that appealing. Funnily enough, it’s also a word my parents have thrown around quite a bit since their big move, and it’s got me thinking about the Lillooet lifestyle as a whole.

Could it be that a small town such as Lillooet, with its characters, quirks and dusty façade, is actually a place of dreamers and realizers? A place where innovation meets hard-working community—with room for an afternoon snooze?