This couple has spent 15 years living happily in a vintage car and travelling the world.

In 2000, Herman and Candelaria Zapp set out on a 16-month trip from their home in Argentina to backpack around Alaska. But that trip has turned into a round-the-world saga spanning 15 years that would leave the most hardened vagabond green with envy. The couple left their comfortable life in Buenos Aires behind, and became adventurers extraordinaire. And their mode of transportation has been as unconventional as their lifestyle is enviable—a 1928 Graham-Paige Model 610. The 87-year-old vintage car, with a top speed of 35 miles per hour, looks like it came straight out of a 1930s Hollywood gangster movie, and it doubles as a home for Herman, Candelaria, and their four children.

Herman and Candelaria with their four children, all born on the road, and in different countries.

Candelaria and Herman were childhood friends and then childhood sweethearts before they were married in 1996, and in 2000, they decided to take one last road trip before starting a family. The 6-month trip stretched into a year, and then 2 years, and 15 years later, the couple is still moving. But they did have the family they had planned on. Their children—3 boys and a girl—were all born on the road, and each child was born in a different country. Pampa, 12, was born in the U.S., while Tehue, 9, was born in Argentina. The 7-year-old-Paloma was born in Canada, and 5-year-old Wallaby was born in Australia.

Braving the Amazon on their makeshift raft. 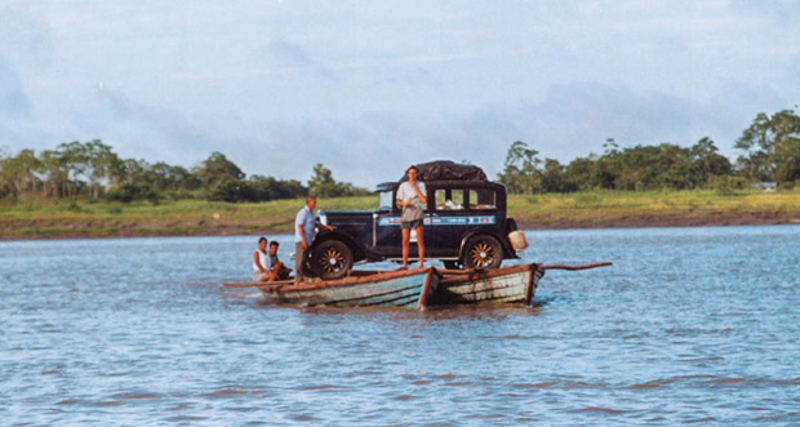 And now, 4 children, 5 continents, 50 countries, and quarter of a million miles – the distance to the Moon – later, the Zapp family are still exploring. As well as visiting Alaska, the continental United States, and all over their native South America, they have been to Canada, Japan, the Philippines, Australia, New Zealand, South Korea, Malaysia, Tibet, India, Ethiopia, Egypt, and South Africa. They’ve rafted down the Amazon, navigated their way across the Serengeti and meandered through the backroads of South Asia all the way to the snow-covered base of Mount Everest. They’ve broken bread with the Aborigines of Australia, evaded bandits and camped under the stars, and done it all without ever having a schedule or a timetable.

Money can’t buy the type of firsthand education that the Zapp children are getting from their experiences. 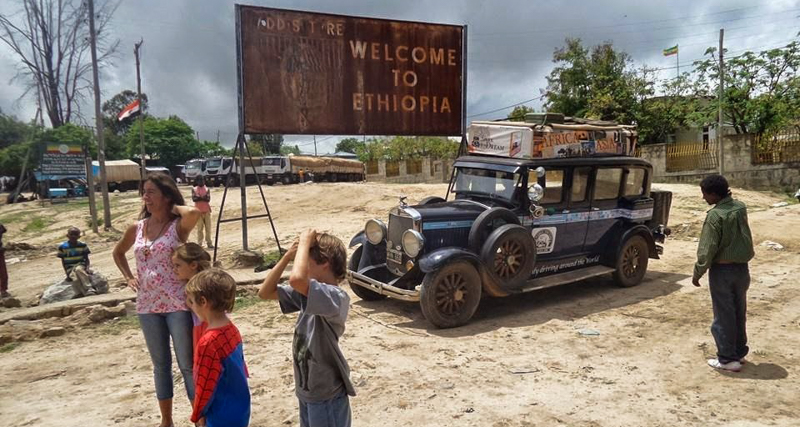 And how do they handle the necessities of life, like money, accommodation, car repairs, and schooling? A former IT professional, Herman has become something of a mechanic, so he’s handy with most repairs that are needed for the car. The family makes enough money on the road giving occasional inspirational talks at festivals, and they’ve published a book, Spark Your Dream (a great read for anyone who is thinking of setting out to discover the world), which provides them with income. Candelaria paints, and sells her artwork at fairs and exhibitions in the areas the family visits.

The 1928 vintage car is their transportation, bedroom, kitchen and schoolhouse. 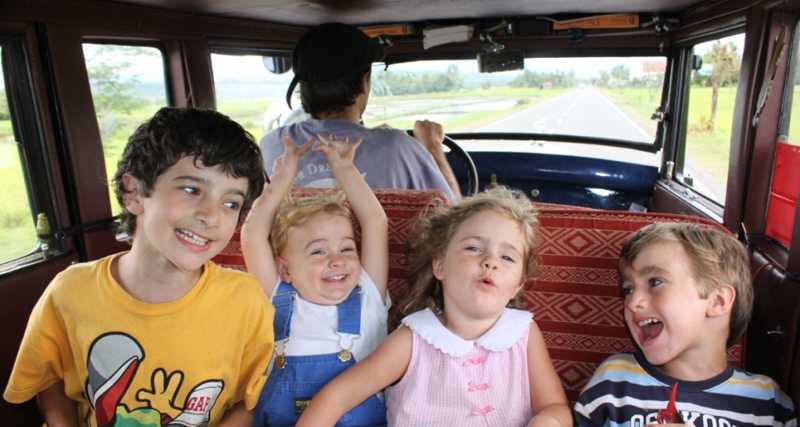 With the help and the approval of the Argentinian government, Candelaria also handles the children’s homeschooling routines, but she maintains that money can’t buy the type of firsthand education that Pampa, Tehue, Paloma, and Wallaby are getting from their travels. But perhaps their greatest resource has been the thousands of people they’ve met along the way: strangers-turned-friends who have taken the Zapp family into their homes and into their lives.

“If you let your fear take hold, your life will pass you by.” Herman Zapp. 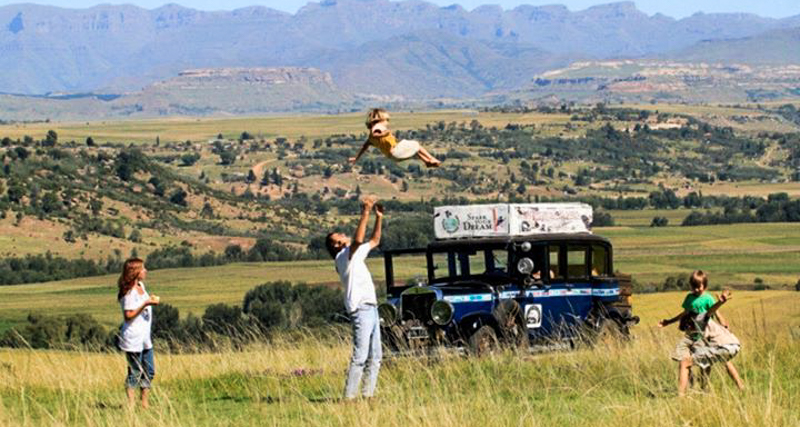