Thirteen years ago, people all across the European Union could scrape their plates into a bin and know that their leftovers wouldn’t end up in a landfill. That waste would make its way to local farmers, where it would be recycled and favourably fed to their livestock.

When the foot-and-mouth crisis spread across the UK in 2001, there was huge concern that the outbreak appeared from a farm that had been feeding its pigs unprocessed restaurant waste, according to BBC. By 2003, the entire European Union was no longer permitted to feed food waste from homes and restaurants to livestock. 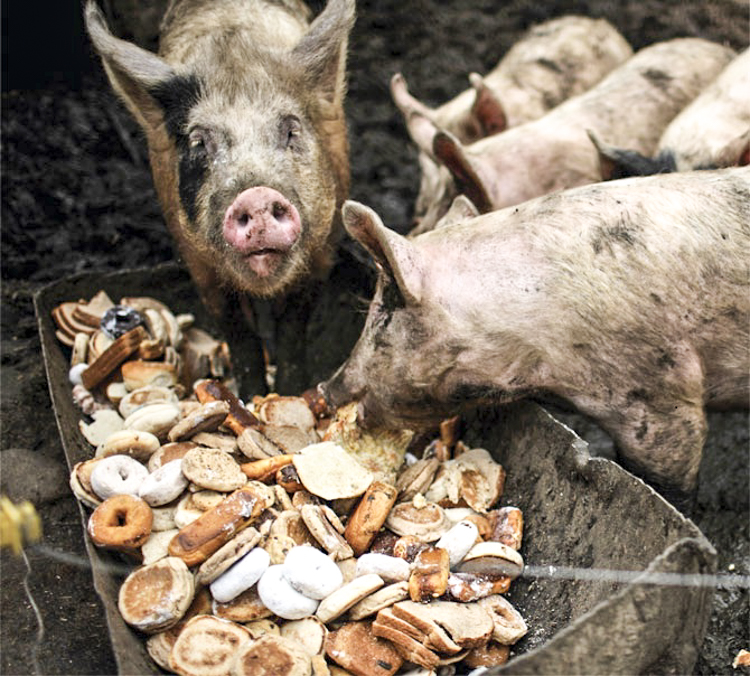 Since this ban was put into play, the eco-footprint of the EU has grown exponentially. The pigswill now goes straight to the dump, but the pigs still need to eat. This means that food for livestock must be farmed. About 1.8 million hectares of land is used to farm soybeans for the pigs’ meals, says the University of Cambridge.

Rainforests are being devastated in the Amazon basin to feed pigs, ridding us of these precious pieces of land and massacring ecosystems while doing so. Already the world is crowded — between our seemingly ever-growing population and fight for space to grow food for seven billion humans.

Not only is feeding pigs soybean-meal ecologically unfriendly, but it’s also putting a gaping hole in the EU’s wallet. Pigswill is radically cheaper than grain and current pig feed, so restoring swill feeding has the potential to reduce costs faced by EU pig farmers by 50 per cent, according to the University of Cambridge.

Only the ecologically impaired can avoid the shock of the atrocity of this situation – especially when considering how much food humans already waste. Tristram Stuart, food waste expert, has launched a campaign called the Pig Idea. “Man creates waste; pig eats waste and turns it into food that we eat again. It is a perfect circle which means food has a use,” Stuart said to BBC. “On top of the environmental impact it puts additional strain on global food supplies…essentially our pigs in Europe are competing with people for food.”

“Man creates waste; pig eats waste and turns it into food that we eat again. It is a perfect circle which means food has a use” 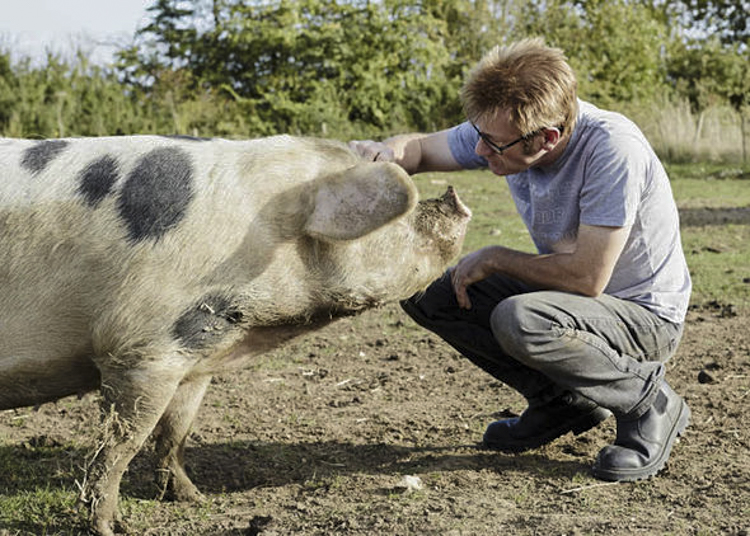 The EU is starting to take a second look at withdrawing the pigswill bans, considering that there are farmers who, admittedly, have been feeding unprocessed pigswill to their pigs anyway. “Feeding uncooked food waste is dangerous because pigs can catch diseases from raw meat, but a system supporting the regulated use of heat-treated swill does not have the same risks,” said Erasmus zu Ermgassen to the University of Cambridge. If the system was revisited in a much more tightly regulated fashion, disease outbreak is controllable. Japan, for example, responded to the foot-and-mouth outbreak by developing a system of heat-treating food waste so that it would be safe for animals to eat.

At this point, reducing the eco-footprint of current meat industry systems is vital to the state of our earth. Recycling rocks, so let’s push for it. 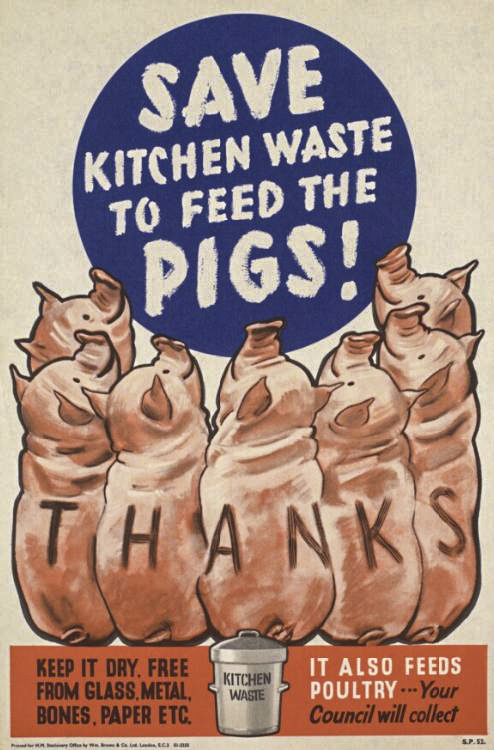